The Project Shea Virtual Event: Art X Science Project took place on 17 July 2020, 5pm – 7pm, with the aim to explore the dynamic relationship between humans and the environment through community-inspired music and art pieces. Participants also had the opportunity to get their thinking gears in motion with a panel discussion . The event concluded with the launch of Iteration 1.

The event kicked off with an overview of the project by the Shea team.Currently, cities are facing the problem of unequal distribution of basic resources like clean air, water and shelter, which are basic needs of humans. This is where Project Shea comes in – it envisions designing sustainable cities with the focus on people and the planet through creating the Next-Generation Civilisation Kit. By adopting a co-creation process that involves professionals, start-ups and academia and combining the untapped potential of academia and young students with start-up technology solutions, Project Shea aims to imbibe the larger vision of Mistletoe to create a playground for the youth and democratising design. Project Shea hypothesises that resource optimisation can lead to reduced carbon footprint and reduced consumption of water and energy.

The highlight of the event – the screening of Symphony of Life followed.

It is a video created by Singaporean Art Director/Composer Tze Toh and Spanish artist Alba Escayo.In a unique fusion of art, science and music, it tells the story of our planet spanning a period of 300,000 years.

After the video screening, it was time for the Panel Discussion. The Panel features 4 distinguished panelists:

The discussion questions were derived from surveys that were conducted to understand how youths perceive sustainable cities and their dreams of future cities. Here are some of the questions that were discussed:

The key takeaways from the respective discussions are as follows:

After getting their thinking gears in motion for the panel discussion, participants were able to enjoy a showcase of work from the visionaries of the Shea Community who have actively contributed ideas, concepts and prototype solutions to the Project, as well as updates from youth partners at YSI who curated monthly events. This aligns with Mistletoe’s vision of empowering youth and nurturing community-centric individuals of tomorrow. The event concluded with the launch of Iteration 1, an extension of the Next Generation Civilisation Kit that envisions Democracy, Individuality, Flexibility and Modularity. Over 200 participants from more than 15 countries have participated in ideating the Iteration 1 prototype, and more than 5 solutions have been received from Singapore-based start-ups. The final Next Generation Civilisation Kit will be deployed in Jurong Innovation District (JID) in 90 days, so stay tuned! 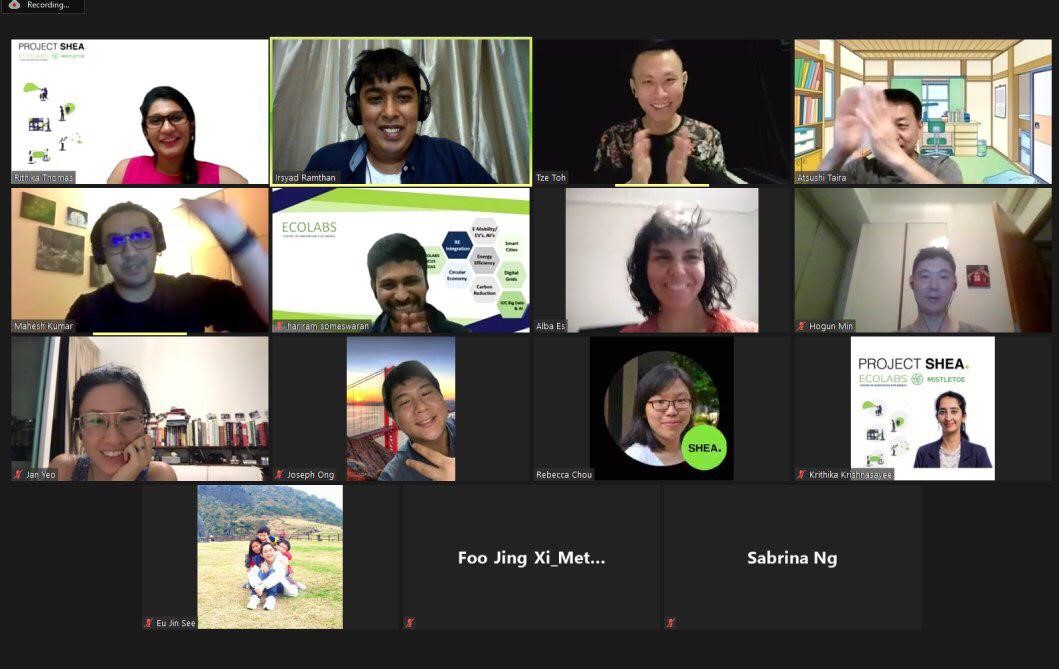 In June, the third set of regional community events were focused on letting the creative juices of our community flow! The aim of Envisioning our Future Cities was for the community to rally behind common goals and principles of future cities.

What better way to do that than getting our members to express themselves on a digital canvas. The event opened up with a brief introduction to Project Shea and an ideation brief on shelter, water and energy usage.

With a few design specifications and a few examples for inspiration, we split our 20 regional attendees into smaller groups for 45 minutes of collaborative drawing on aggie.io. After a brief round of personal introductions, the groups got to co-creating their envisioned future city online, facilitated by YSI SEA members.

The event ended with the groups gathering back to share the concept and ideas with the rest. This allowed for cross-pollination of ideas and for the groups to own their piece of work they created. Everyone left with a visual representation of what their envisioned future city looks like.

A fantastic face-paced and assiduous Biomimetic Design Workshop was hosted by Project Shea (Eco Labs) and SP Polytechnic from 8 -12 June 2020, with an interdisciplinary group of students from the School of Architecture and the Built Environment. 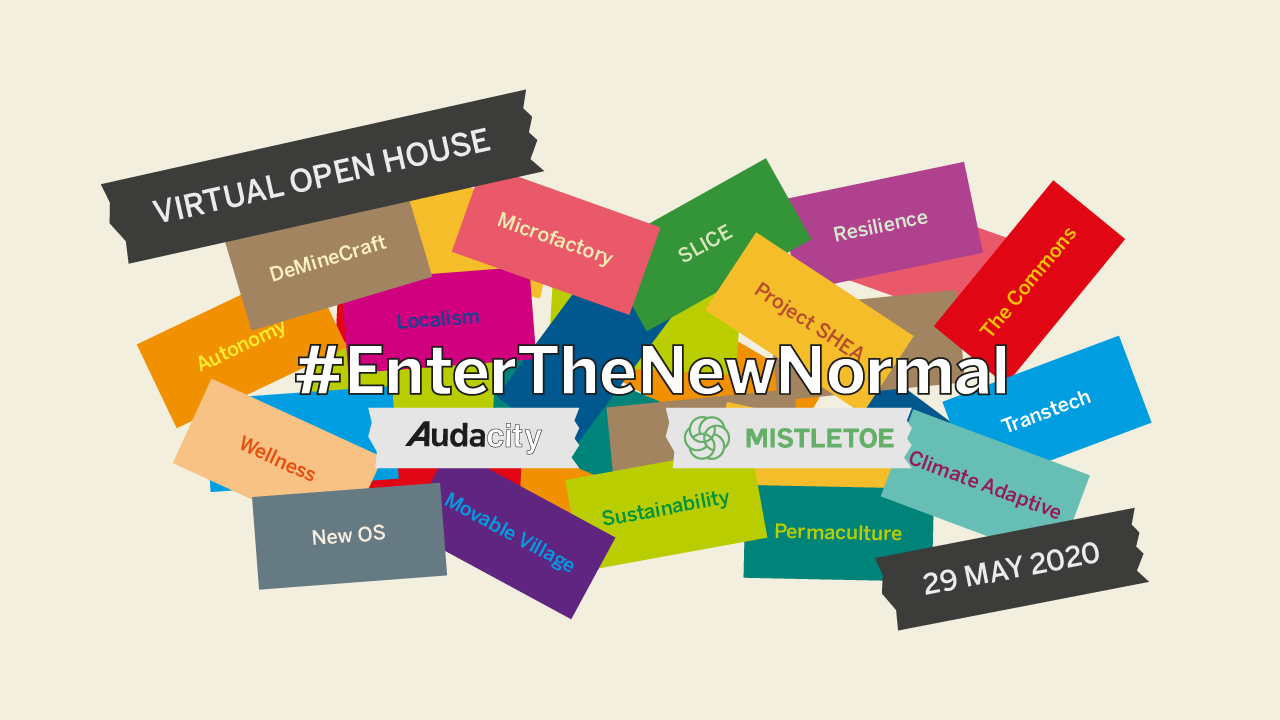 On the last Friday of every month, the Audacity community gets together for open discussions on our seed projects. While the physical space at Launchpad@JID is closed temporarily, we’d like to continue these conversations online. Come join us for a chit chat and to find out more about our seed projects.

“How can i contribute and be involved as a community member?”

This was the question we set out to answer in our second set of regional community engagement events in May. A vibrant community is one where the members feel valued and have an area to contribute meaningfully.

This event was designed to involve our foundational community members to explore their own role and contribution in designing our future cities together.

With 37 attendees from all around Southeast Asia, we contextualised Project Shea once again and shared specifically on the three areas they can contribute, namely in:

After an introductory sharing, we split up into smaller groups in our breakout rooms according to the areas which the members felt they could contribute most in.

The breakout rooms allowed for more intimate conversations and interactions where we got to know one another and our motivations better in a virtual setting. The members in the groups used the time to propose possible areas of collaboration, such as using their existing technology for Project Shea’s pilots and clarified how else they can be involved moving forward.

The breakout rooms allowed us to engage in organic, quality conversations and obtain a list of contacts of those who expressed interest to work with Project Shea for post-event follow up.

Once again, we are touched that many attendees stayed back for the post-event networking session for around 30 minutes. 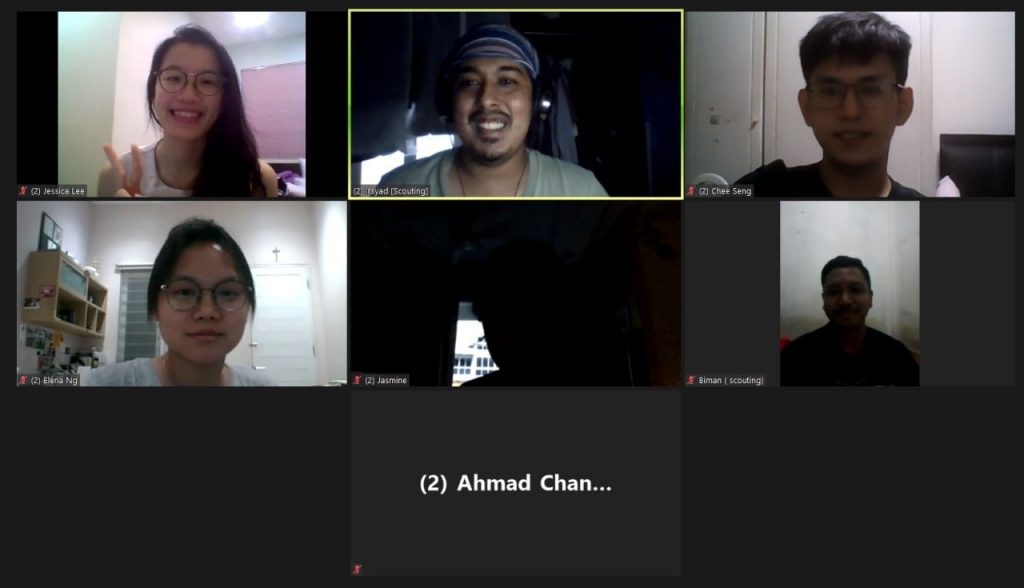 We kicked off our very first set of regional online community events in the month of April! Imagining our Future Cities was aimed at introducing Project Shea to the Southeast Asian community and building the foundational community of individuals with an interest in the space.

With over 180 sign-ups and 83 attendees, we kickstarted the event with an introduction of Project Shea and the importance of community, people-focused future city designs. Held in the starting phases of COVID-19, it was clear to the participants that there was a need to reimagine the way we live and interact with one another and our environment.

Crowdsourcing Data and Opinions
The audience then shared their opinions on what they would like future cities to look like and creative ideas on how shelter, energy and water can be reimagined moving forward.

It is interesting to note that the top 3 considerations in planning for a future city included Liveability (with 23 votes), Energy (22 votes), Water (20 votes). The audience further clarified on why these factors were important to them alluding to the fact that these are everyday issues that are front and centre for those living in urban areas.

Continued Engagement
The event was then wrapped up with a few calls to action to the audience, channeling them to our community pages for deeper engagement via different projects.

We were really heartened that almost 75% of the attendees stayed back for post-event networking (for up to an hour after the event ended) and shared with us their thoughts on future cities and possible projects which they have been working on.

As a diverse community of innovators, visionaries, and entrepreneurs, we have the privilege to make feasible and bold visions for future cities. We have been working on the hypothesis that rising oceans and decaying urban infrastructure will result in the creation of hundreds of new cities in the coming decades. Presently, we are also experiencing the ferocious systemic disruptions that a pandemic can bring and the rapid adaptations it demands of societies.

With nations under unprecedented stress from COVID-19 and other ecological threats, it is time to accelerate and actualise the movement to create future societies that are resilient, human-centric and in harmony with ecology.

Responding to calls for support and participation, we are setting up breakout sessions around the urgent need to prepare for the new normal: 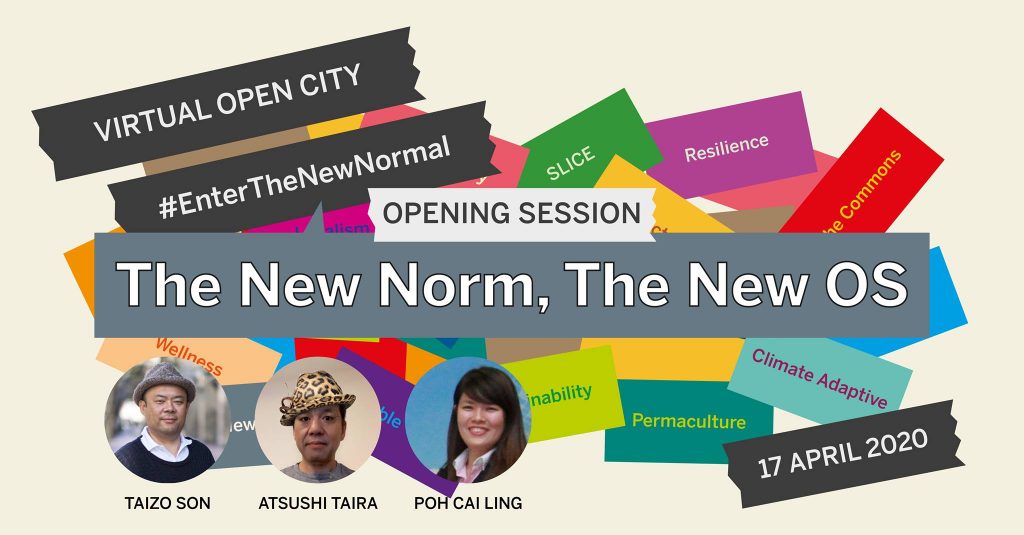 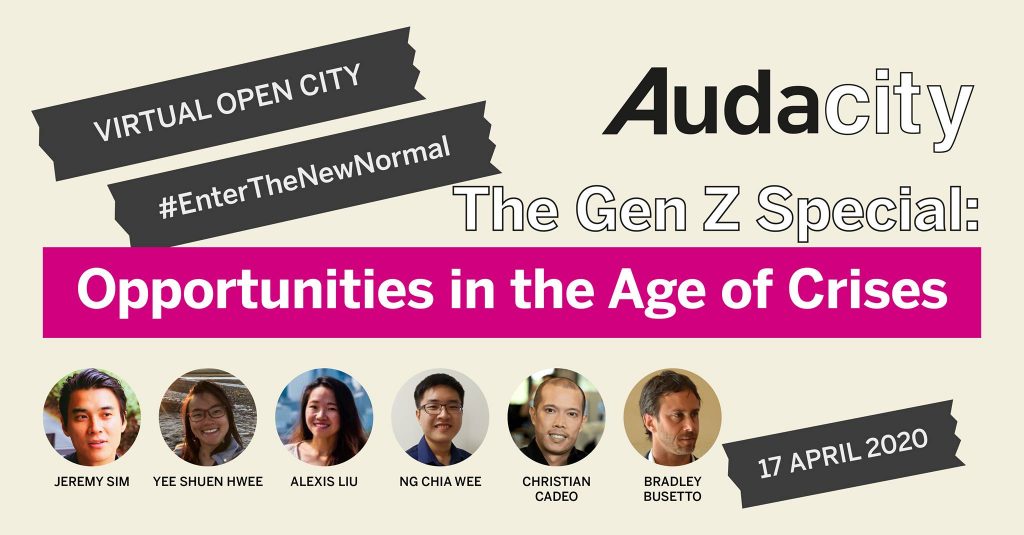 Module Integration with the School of Art, Design and Media @ NTU, Singapore 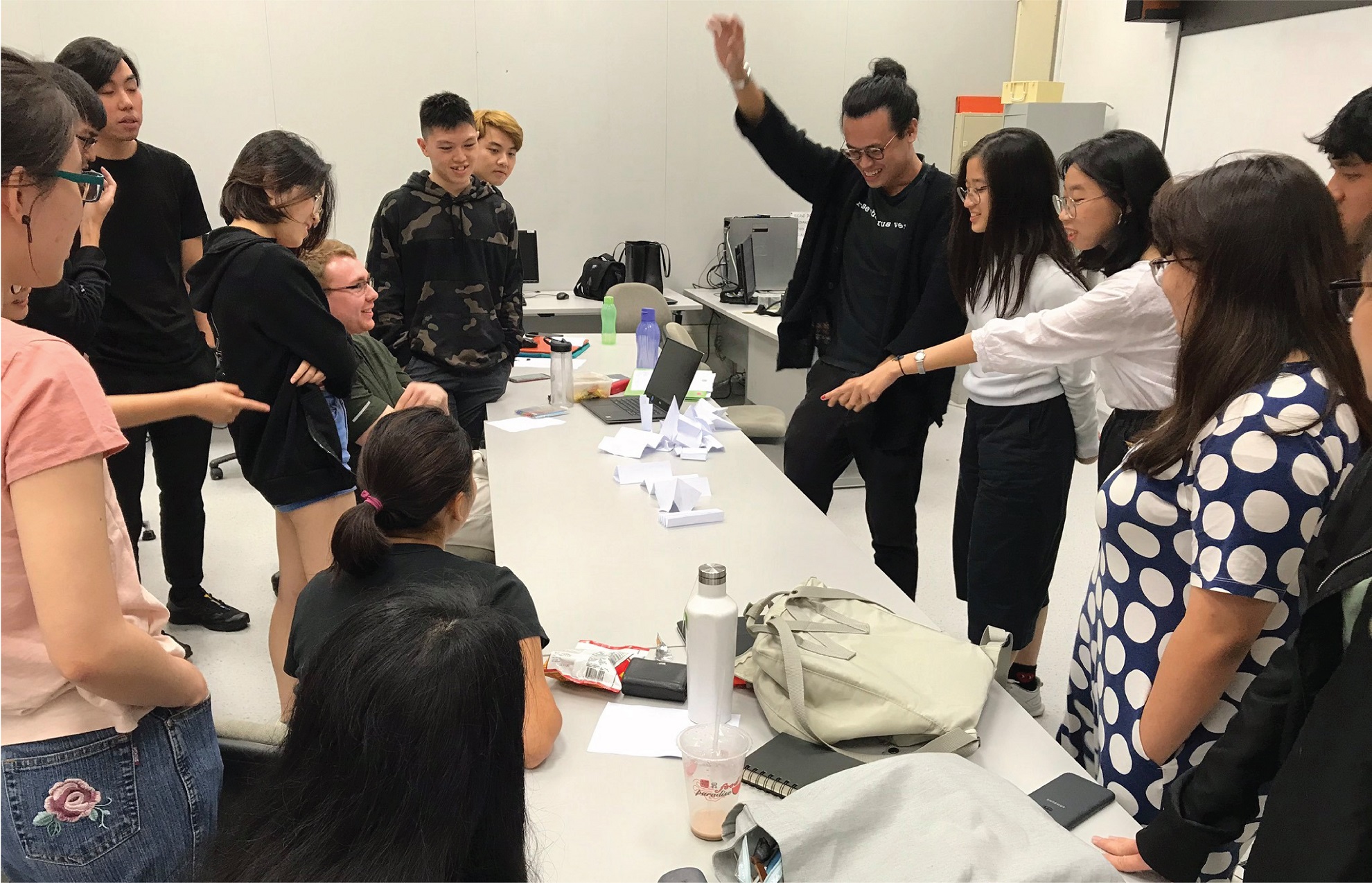 The module “Project Shea – Next Generation Civilisation Kit” Modular Habits – A System for Nimble Living began in January, 2020. 18 product design students from the School of Art, Design and Media at NTU have enrolled and will be showcasing their innovative talent in designing a flexible flat-pack shelter. 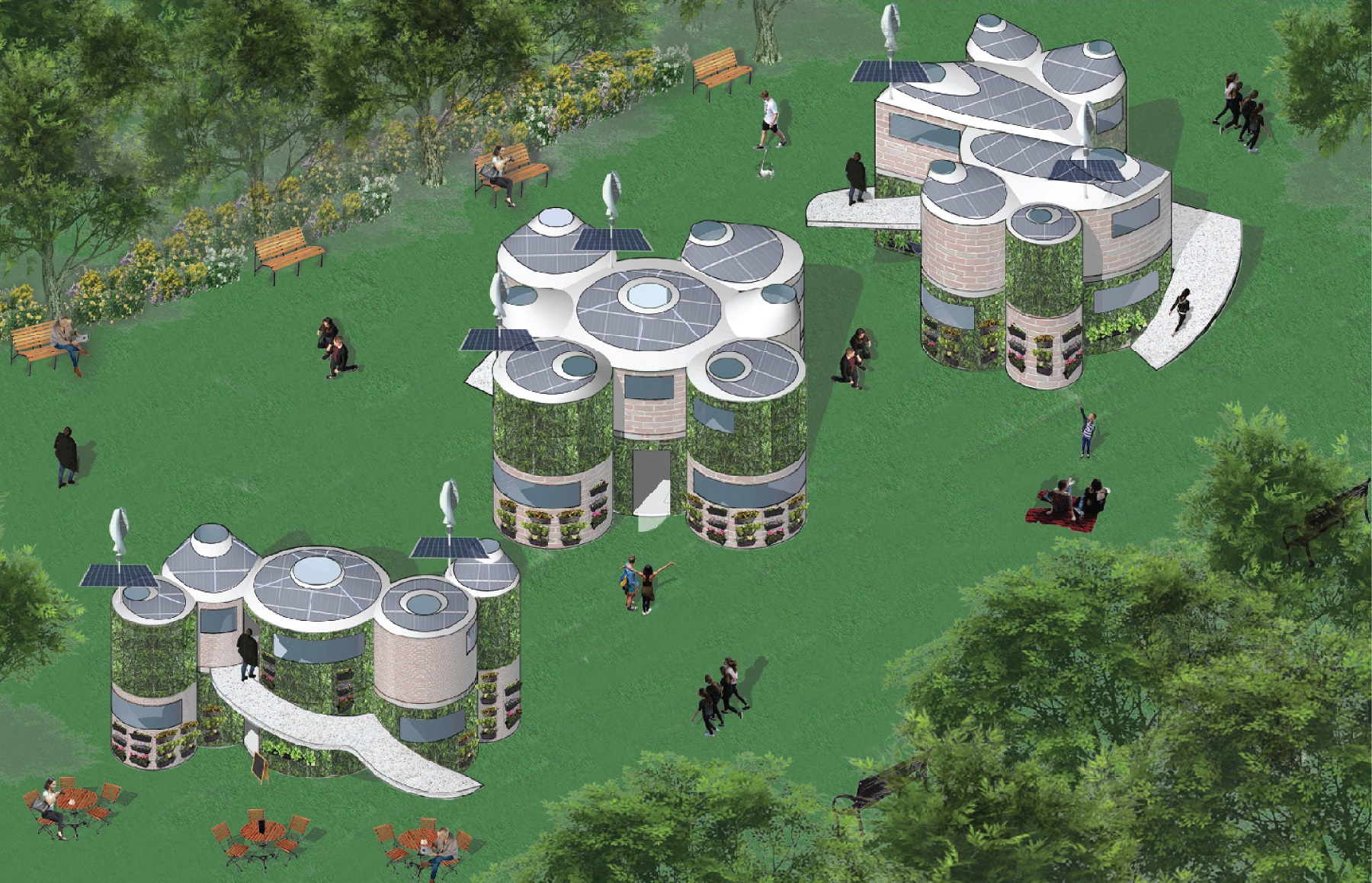 The competition was held between October and December 2019, to prototype a modular scalable shelter of 20 sqm to inculcate a sharing approach that reduces built footprint and maximises resource efficiency. There were 30 participating teams with 6 award winning designs.

In collaboration with the AMS Academy of Architecture, Project Shea conducted a 1-week workshop in November 2019, which was attended by 50 students across Chennai. The students ideated on their collective vision of humanity centric future community and attended guest lectures from EcoLabs Centre of Innovation, Out De Box and Madras School of Social Work.

To build the Civilisation Kit with us

To support grass root projects and empower youth and startups

To bring in resources and knowledge that can boost the project

To share the knowledge and best practices with all

To volunteer and Brainstorm with us on the Future Sustainable City